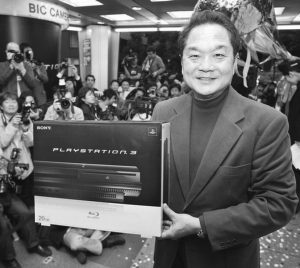 Look familiar? This is Mr Ken Kutaragi. He invented the Playstation when working at Sony! Ken has become an international Intrapreneurial Success story has now become one of the most celebrated in business history.

In 1975, Ken was an engineer at the sound labs at Sony Corporation when he bought his young daughter a Nintendo game console. He was not satisfied with the products sound quality and used his experience and knowledge to build a new digital chip which would improve the product quality for Nintendo outside of work.

At the time Sony was not interested in getting into the gaming sector so dismissed his idea harshly initially until the CEO and Management agreed to let him keep working on the idea. Through hard work and determination, Ken created Sony’s electronic gaming business unit.